Family and connected with family

I advise you, dutiful servants of Allah, and myself, to adhere to a heartfelt reverential( reverensl) consciousness (Taqwa) of Allah, for He, the Most Gloriously Transcendent, states:

“O mankind, fear your Lord, who created you from one soul and created from it its mate and dispersed from both of them many men and women. And fear Allah , through whom you ask one another, and the wombs. Indeed Allah is ever, over you, an Observer. [Qur'an: 4:1]

O You Who Believe:

Allah (Glorified be He) informs us in His Book:

The components mentioned in the verse above: partners, children and grandchildren, are the fundamental components of a family, which Allah (Glorified be He) has made the foundation of successful societies, and the primary means by which such societies attain cohesion and strength. The foundation and key to a happy family life is the ability to demonstrate empathetic understanding and communication between its members. This begins with the husband and wife embodying mutual love and mercy amongst themselves; being united, connected, compassionate, forgiving and gentle, actualizing in the realities of their own selves the Qur'anic verse:

And of His signs is that He created for you from yourselves partners that you may find tranquillity in them; and He placed between you affection and mercy. Indeed in that are signs for a people who give thought. [Qur'an: 30:21]

So successful communication between partners in a marriage, founded on mutual empathy and understanding, is actually a religious ideal as well as a societal one. Such communication is supported by the couple sitting with each other to discuss the matters of their home, as is evident from the biography of the Prophet (peace and blessings be upon him), as he would always make time for his spouses, speaking to them and showing his affection. Ibn Abbas is narrated to have said in the Tafsir (Exegesis) of Ibn Kathir: "The Prophet (peace and blessings be upon him) whenever he would enter the house after the Night Prayer (Isha) would speak to his family for an hour."

Likewise, the Prophet (peace and blessings be upon him) would walk with his wives, speaking and communicating with them. Safiyyah bint Huyai (May Allah be pleased with her), the Mother of the Believers, narrates:

The ability to successfully communicate between the spouses contributes to a deepening of understanding between them, allowing them to mutually fulfil their duty towards their children; aware that their children are given to them as a trust from Allah which entails a responsibility. In this manner the Messenger of Allah (peace and blessings be upon him) is reported to have said:

From the outward embodiment of such guidance, is successful family communication. Through it one attains family cohesion and provides psychological reassurance and contentment to its members. From examples of forms of successful communication, is communication with children: meeting them, discussing things with them, listening to them and encouraging them, showing them love and affection, strengthening their relationship with their Creator, and advising them. The righteous have always communicated well with their children and advised them and guided them to what is most useful to them. Let us look to the example of Luqman, the Wise, who inculcated trust and faith in Allah in his son, teaching him to have conscious of Allah by being aware that He is always aware of him, as Allah informs us of his saying:

[And Luqman said], "O my son, indeed if wrong should be the weight of a mustard seed and should be within a rock or [anywhere] in the heavens or in the earth, Allah will bring it forth. Indeed, Allah is Subtle and Acquainted. [Qur'an: 31:16]

Through this demonstration of gentle fatherly care, true and sincere love, the son could come to feel at ease with his father and believe that his father is actually the closest of people to him. This enables him to come to his father with everything that concerns him, to speak to him about everything on his mind that may be busying him.  In this manner, the Prophet Yusuf (peace and blessings be upon him) did not find anyone closer to him than his Father, to whom he spoke about the dream vision he had seen, about which Allah says:

[Of these stories mention] when Joseph said to his father, "O my father, indeed I have seen [in a dream] eleven stars and the sun and the moon; I saw them prostrating to me." [Qur'an: 12:4]

Similarly, look at the likes of Umar ibn al-As (may Allah be pleased with him), and how avid he was in honoring such communication with his children, for he would visit his son Abdullah after he got married, asking about his affairs, on which Abdullah's wife would say: "Abdullah is from the best of Men".

Children have an important role in achieving successful family communication, and that is through their piety towards their parents, respecting and honoring them, visiting them and taking care of their interests, consulting them in their affairs, and benefitting from their experiences. For Fatima (may Allah be pleased with her) used to visit her father, the Messenger of God (peace and blessings be upon him), just as he would visit her. Whenever she would enter upon him, he used to grab her by the hand and say: "Welcome, my Daughter" and then make her sit alongside him.

Similarly children can strengthen family communication by demonstrating keenness and concern for their siblings, so the son helps his brothers and sisters, supporting them in their needs. This is because boys as brothers are often endowed with strength, determination and ambition, and true chivalry is helping those around one. In this regard, Allah informs the Prophet Moses (peace and blessings be upon him):

"We will strengthen your arm through your Brother.." [Qur'an: 28:35], in other words, Allah strengthened his affair and supported his cause through the companionship of his brother.

From the things that help strengthen family connection and ties, is the respect that younger siblings have for their elders, and the affection and gentleness that older siblings should have for their younger ones. This should continue into adulthood, and should manifest itself in frequent visiting of each other, brothers and sisters, finding out about each other's affairs. This can usually only happen if such affection is sowed into the hearts of children when they are young, allowing them to continue embodying it as they age.

What could be better than individual family members gathering together around the learning of the Qur'an, such that the peace that it represents descends upon them collectively, and they be enveloped in its mercy, bringing about Baraka (grace) in their homes. Such Baraka would enable them to actualize good communication. Anas ibn Malik (may Allah be pleased with him) narrates that whenever he would try and do the khatm (complete recitation) of the Qur'an in the night, wherein something would be left to complete it by the time of the morning, then he would gather his family around and complete the khatm with them (so they could partake in the reward).

Parents should invest time with their children, gathering on appropriate occasions around food, exchanging pleasant conversation, planting the seeds of honorable values in their hearts, and the highest of goodly character. They should call their children to that which draws them towards closeness to their Lord just as the Prophet Ibrahim (peace and blessings be upon him) called upon his Lord, saying: "My Lord, make me an establisher of prayer, and from my descendants. Our Lord, and accept my supplication." [Qur'an: 14:40]. In this way, the children are brought up in a sound manner, preserving their original pure nature and characteristics.

O Allah, increase us in commitment, embodiment, cohesion, love, connection and successful communication. And assist us all in the way of piety and obedience. Piety towards Your trustworthy Messenger, Muhammad (peace and blessings be upon him), to be dutiful towards those You have commanded us to be dutiful towards, in accordance with Your words: O you who have believed, obey Allah and obey the Messenger and those in authority among you. [Qur'an: 4:59]

May Allah bless me and bless you with the Noble Qur'an and with the Way (Sunnah) of His Noble Prophet (peace and blessings be upon him). I say this, and I seek forgiveness for me and for you, so seek His forgiveness, for He is the All-Forgiving and the All-Merciful. 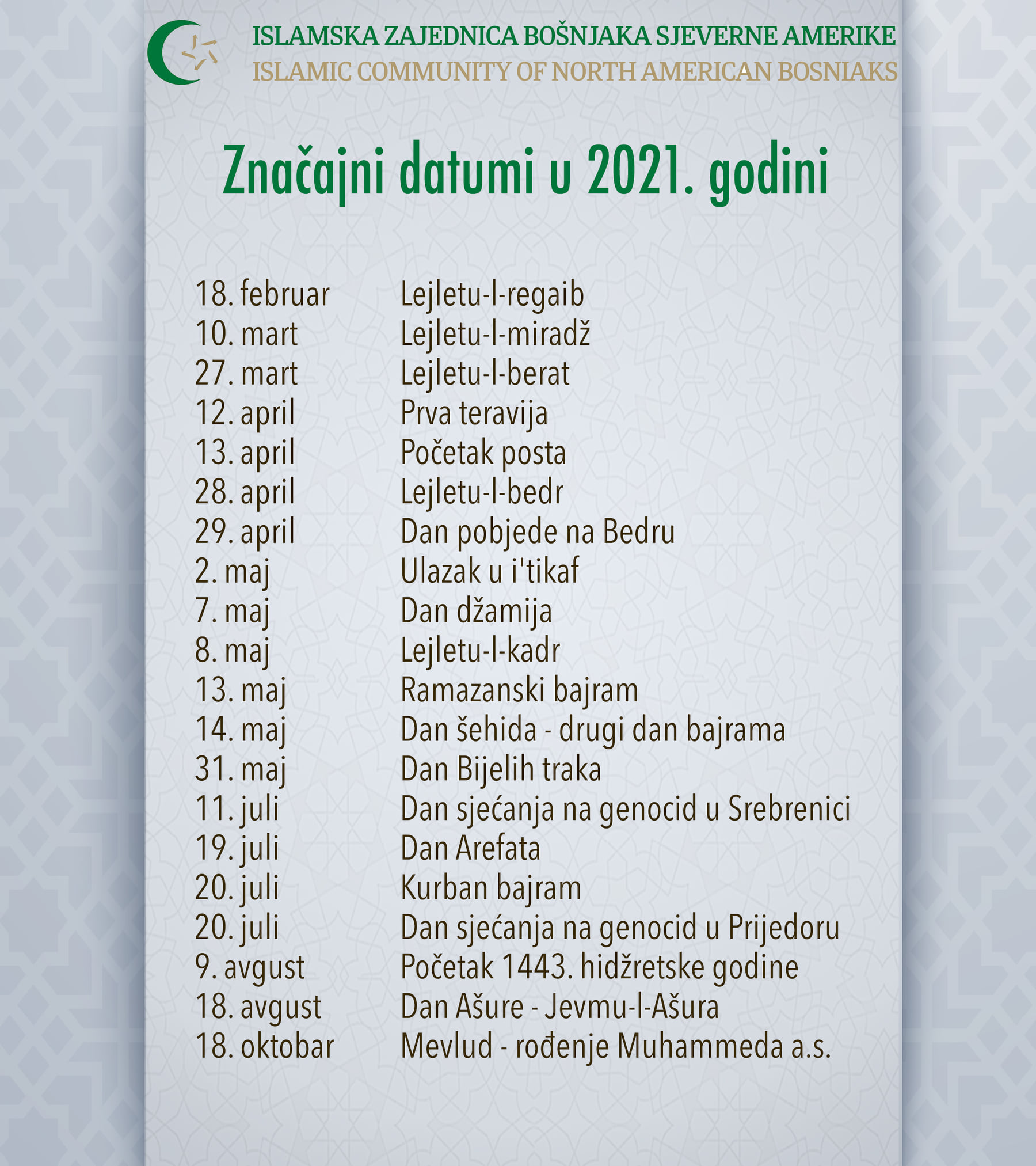